This package is experimental. The definitions in this package can be changed or removed in future releases.

The anomaly_detetection subpackage offers a custom TrendMiner model for multi-variate, point-wise anomaly detection. The model is trained on a data frame containing measurements taken during normal operation of your process. That is, you create a view in TrendMiner with normal behaviour of the process for which you want to build an anomaly detection model.

As an example flow for anomaly detection, you can load the TM-BP2 demo view from the tm-demo directory in work organizer. For this example, we will use the tags TM-BP2-CONC.1, TM-BP2-LEVEL.1, TM-BP2-TEMP.1, TM-BP2-PRESSURE.1 and TM-BP2-SPEED.1. This view consists of 6 hours of measurements representing normal operations. Typically, the more data that is in the view, the better the anomaly model will work.

Open up a new notebook and load the TM-BP2 view into a data frame. Next, we import the anomaly model:

The fit method returns a list of quantization errors. This measures how far the training data points are from the units in the grid. A lower score indicates a better fit. 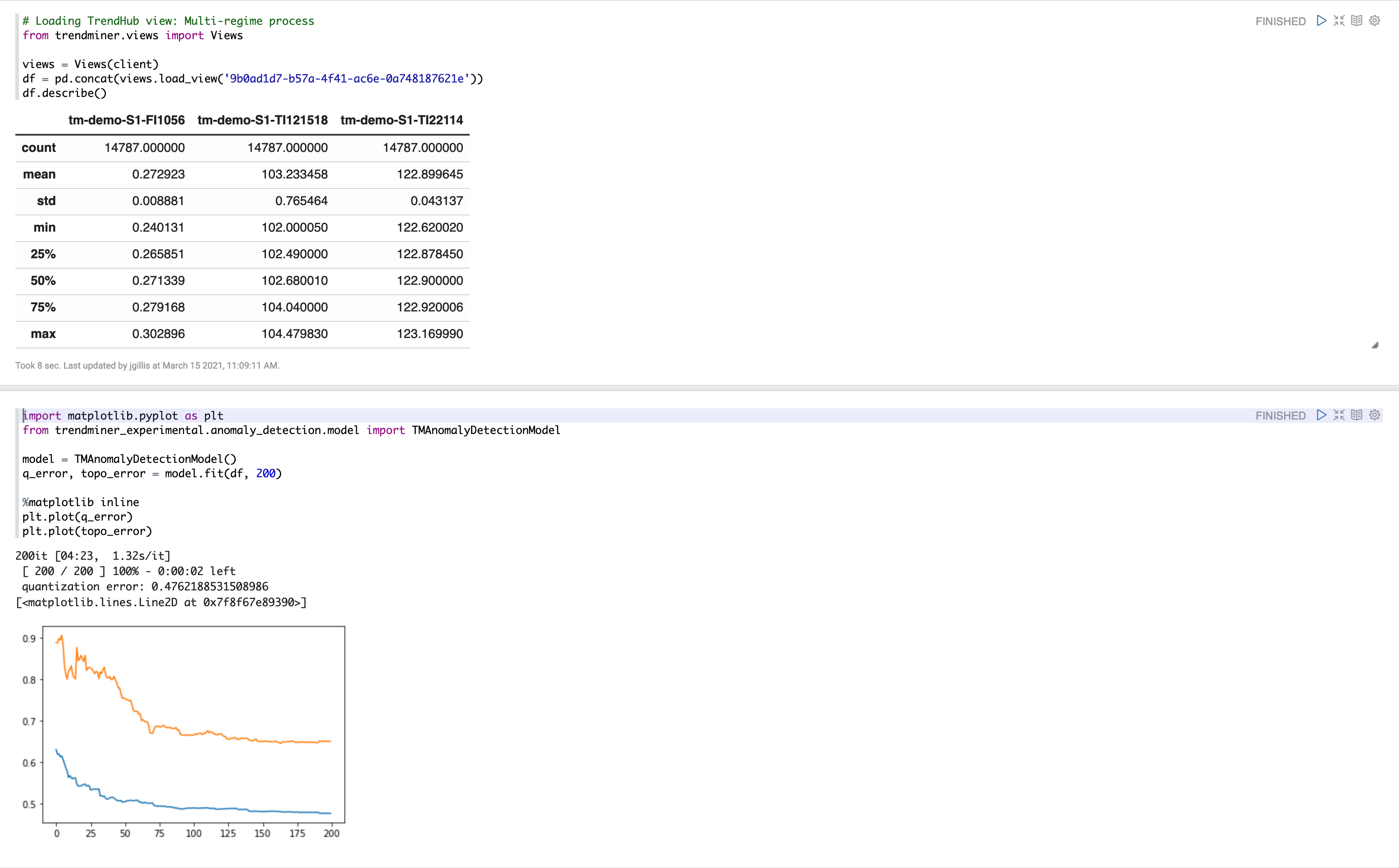 Finally, after training our model, we would like to use the model in TrendMiner. Open up the Machine Learning Model (MLM) option in the Tag Builder and select the model you just deploy to the internal scoring engine. Because we trained the model like this:

there will be five variables to assign in the MLM menu. Assign tags TM-BP2-CONC.1, TM-BP2-LEVEL.1, TM-BP2-TEMP.1, TM-BP2-PRESSURE.1 and TM-BP2-SPEED.1 to the respective variables in the model. Next, select Anomaly_Score as the output variable. A new time series with the anomaly score at each point in time is created an indexed in TrendMiner. 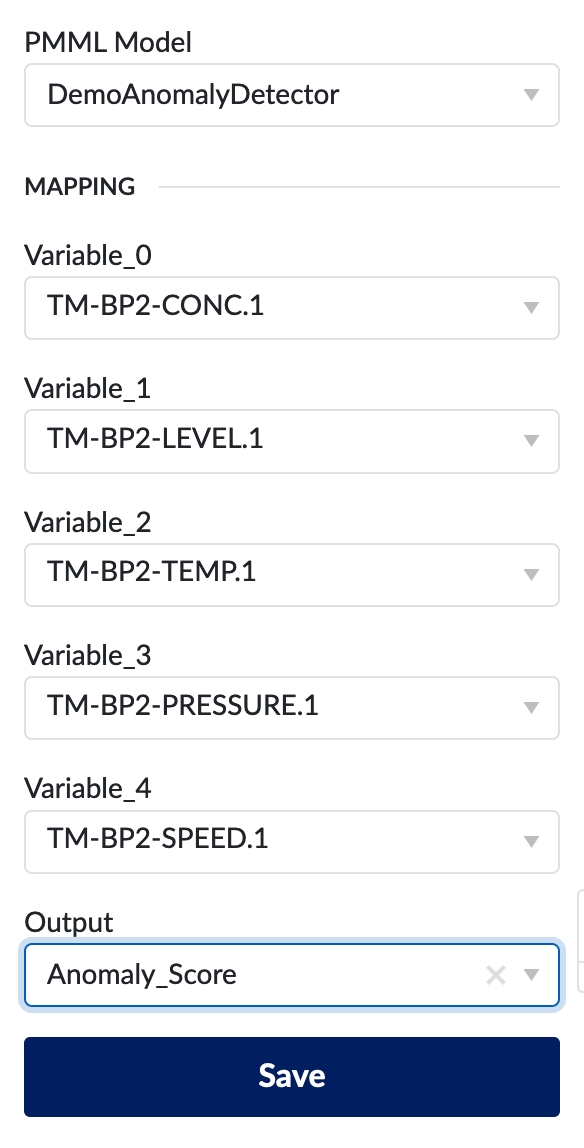 The TMAnomalyModel has two output variables: Anomaly_Class and Anomaly_Score. The former, Anomaly_Class, identifies a point as being anomalous or not, based on the distance of the point to the closest unit in the model and the threshold percentage you provided when converting the model to its PMML representation. The latter, Anomaly_Score, is the distance between a point and the closest unit in the model.

Once your MLM tag, based on the TMAnomalyModel with Anomaly_Score as output variable, is indexed, you can specify a VBS to identify anomalies based on the score time series. Enabling a monitor on this saved Value-Based search will notify you when an anomalous period is detected.